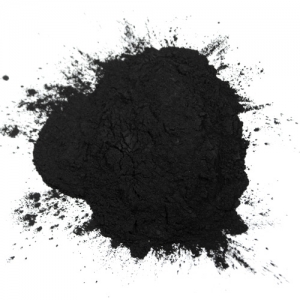 Coal powder is made from anthracite as raw material and is refined by steam method in various processes. The main components of coal powder activated carbon include oxygen, hydrogen and other elements in addition to carbon. Because of the irregular arrangement of microcrystalline carbon in the structure of this product, there are fine pores between the cross connections, and carbon structure defects will occur during activation, so it is a porous carbon with low bulk density and large specific surface area. Various substances and impurities larger than the color in the adsorption liquid. The working principle of coal based powdered activated carbon:

On the basis of the conventional water treatment process, the process flow of adding powdered activated carbon to remove micro-pollution is shown in the figure below.

Add the carbon slurry before the mixing tank, mix it with the raw water in the mixing tank, absorb the pollutants in the water in the flocculation tank and the sedimentation tank, and attach to the flocs, and precipitate together in the sedimentation tank. Powdered activated carbon particles can be removed in the filter to achieve the purpose of removing micro-pollution. The dosage of powdered activated carbon can be determined flexibly with the change of the pollution degree of raw water. 1. During transportation, coal-based powdered activated carbon should be prevented from being mixed with hard substances, and should not be stepped on or stepped on to prevent the carbon particles from being broken and affecting the quality.

2. Coal powder activated carbon is a porous adsorbent, so during transportation, storage and use, it must be absolutely prevented from water immersion, because after water immersion, a large amount of water fills the active voids, making it useless.

3. To prevent tar substances from being brought into the coal powder activated carbon bed during the use process, so as not to block the activated carbon gap and make it lose its adsorption effect.

Packaging can be customized according to customer needs.

Send Your Inquiry
We not only provide a good product, but also provide high quality service. If you are interested in our products,
you can contact us in the following ways.