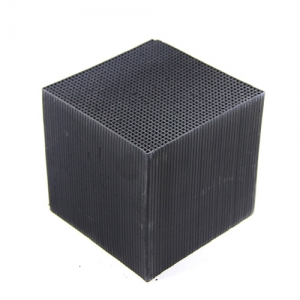 Granular activated carbon in short GAC are irregular shaped particles formed by milling and sieving. These products range from the sizes 8---80/mesh, in industry feild 8---30/mesh is the most commonly used.

The first process includes dehydration and carbonization, heating the raw material, drying it at a temperature of 170 to 600°C, and carbonizing about 80% of the original organic matter.

The second process is to activate the carbon, which is accomplished by reacting with an activator such as water vapor and carbon. In the endothermic reaction, a mixed gas composed of CO and H2 is mainly produced, which is used to burn and heat the carbon to an appropriate temperature (800°C). to 1000 °C) to burn off all decomposable substances, resulting in a developed microporous structure and a huge specific surface area, so GAC anthracite coal granular activated carbon has a strong adsorption capacity.

They have the advantages of being harder and longer lasting than powdered activated carbons, clean to handle, purify large volumes of gas or liquids of a consistent quality, and can be reactivated and reused many times. GAC are used in both liquid and gas phase applications and in both fixed and moving systems.In addition, granular activated carbons are nearly always regenerated and reused, The period between reactivation varies significantly but is on average 18 months. Loss of material during reactivation ranges from 5% to 15%. The above quantity without pallet ,the goods will be sent within 7-15days after receiving your order.

Send Your Inquiry
We not only provide a good product, but also provide high quality service. If you are interested in our products,
you can contact us in the following ways.